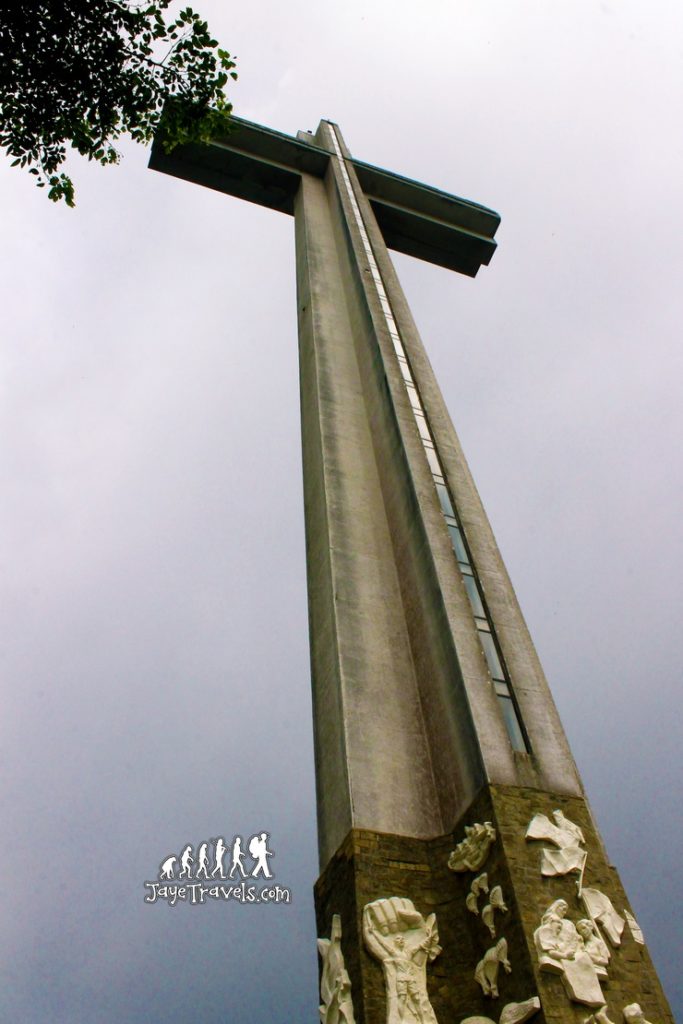 By jayeinthehouse September 21, 2022 In Bataan, Philippines

The Mount Samat National Shrine and its Memorial Cross stands as a remembrance to the soldiers who fought and lost their lives in the Battle of Bataan.

Visiting the Mount Samat National Shrine is educating to the point when I realized how fortunate I am and my generation to feel the perks of freedom and peace. 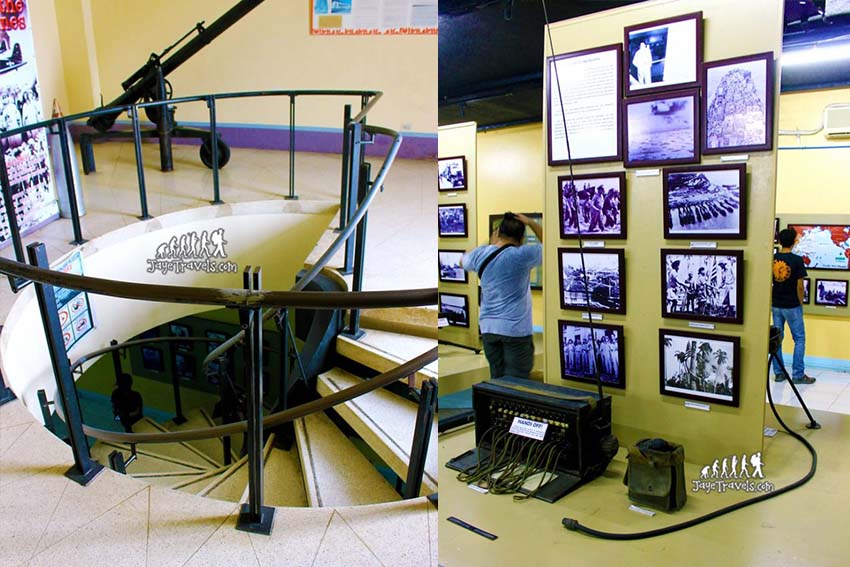 Those Who Fought and Died – Dambana ng Kagitingan

The Mt. Samat National Shrine gave me the chance to gain insights not only based on Philippine history textbooks.

How To Get There?

Like the Shrine of Kim Tae Gon in Bulacan, the Mount Samat National Shrine marks a historical timeline. It took me around 2 hours to reach the site from our town (Sta. Maria, Bulacan) including the proverbial monstrous traffic jam in NLEX Bocaue Exit.

The North Luzon Expressway and SCTEX road trip was great once you survived the Bocaue Toll Gate nightmare. From the exit in Mabalacat, Pampanga, everything was a smooth ride. 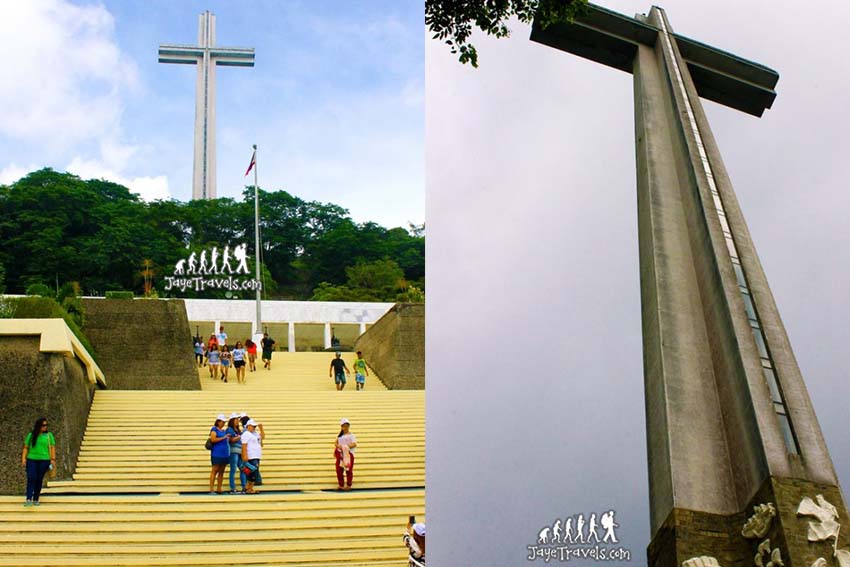 Bataan is very accessible. From Manila, the travel time will take more or less 1 1/2 hours via NLEX (North Luzon Expressway). Bus companies that ply the 124 km route also service the commuting public from Manila to Bataan.

SCTEx, connects Clark to Subic, which makes Bataan even more accessible to more cities. This allows more commuters to reach their destination in no time at all.

The roads to Pilar, Bataan were good and you would give a sigh of relief when you see the wonderful sceneries. The Mt. Samat National Shrine is a treat for nature lovers. 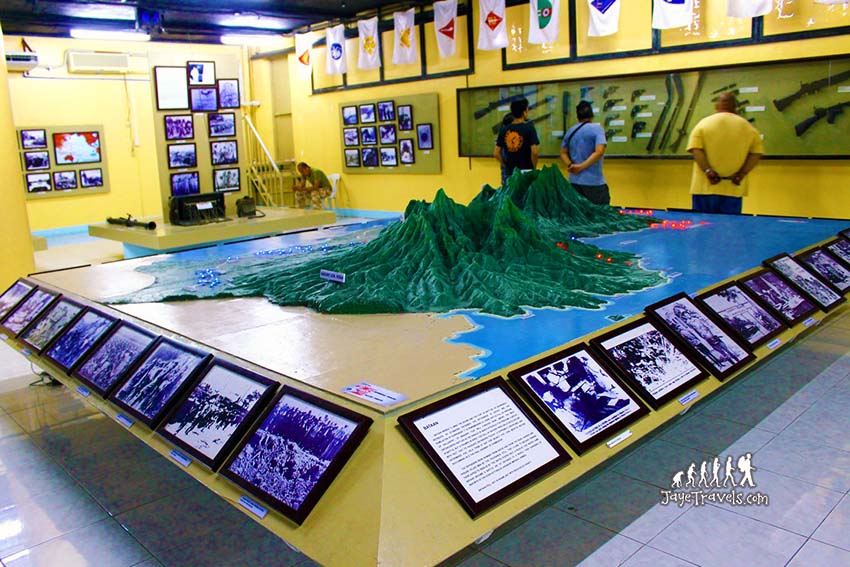 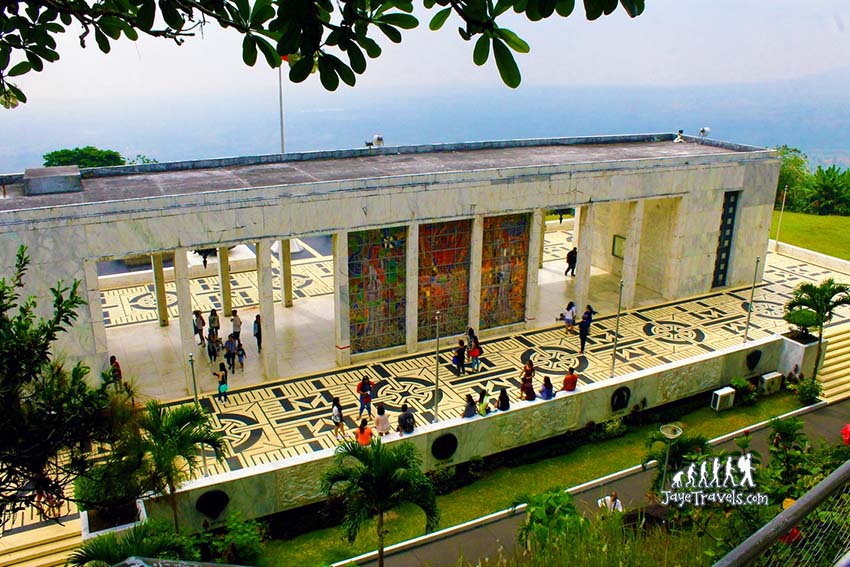 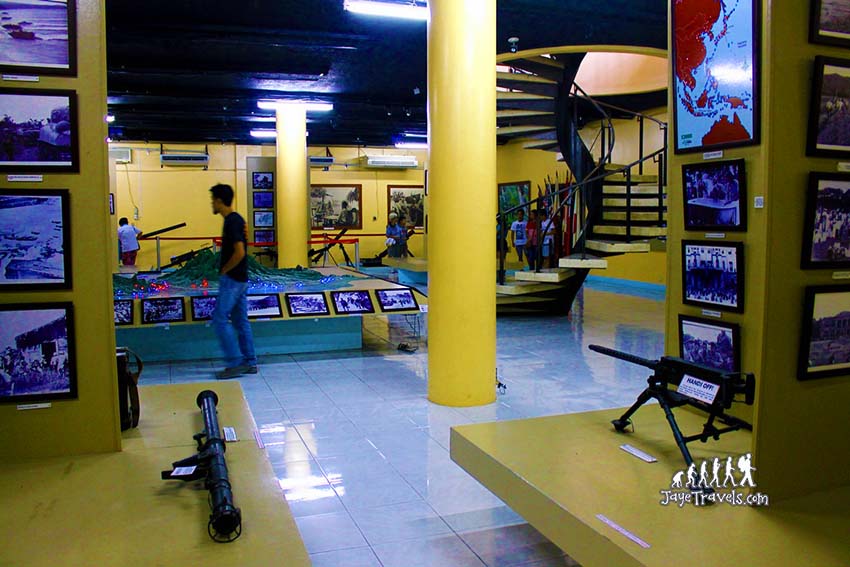 Located near the summit of Mount Samat in Bataan, Philippines, the national shrine, is situated 555 meters above sea level. It is also called the Dambana ng Kagitingan, or Mountain of Valour.

As we went up by private vehicle, I saw bikers and hikers as they enjoyed the climb from the lowest point to the peak where a huge cross could be found.

Be careful as it will be a long walk uphill. 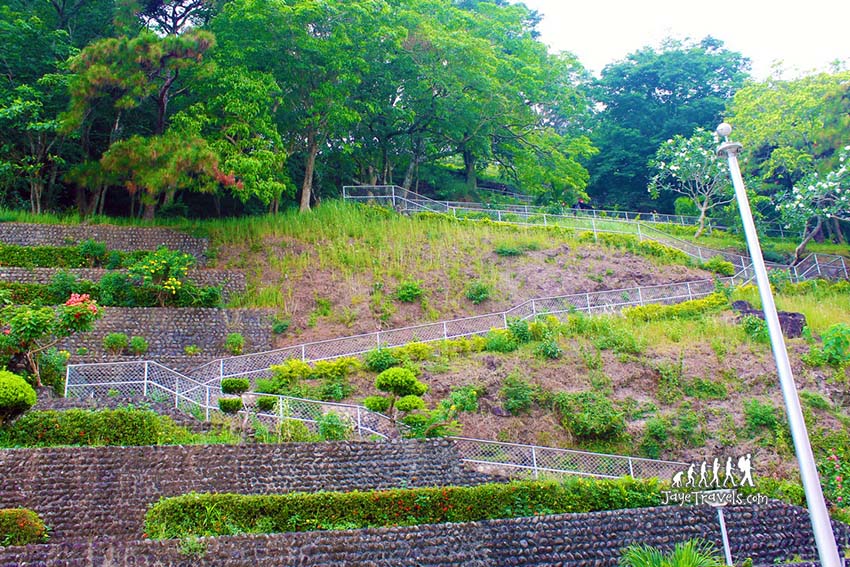 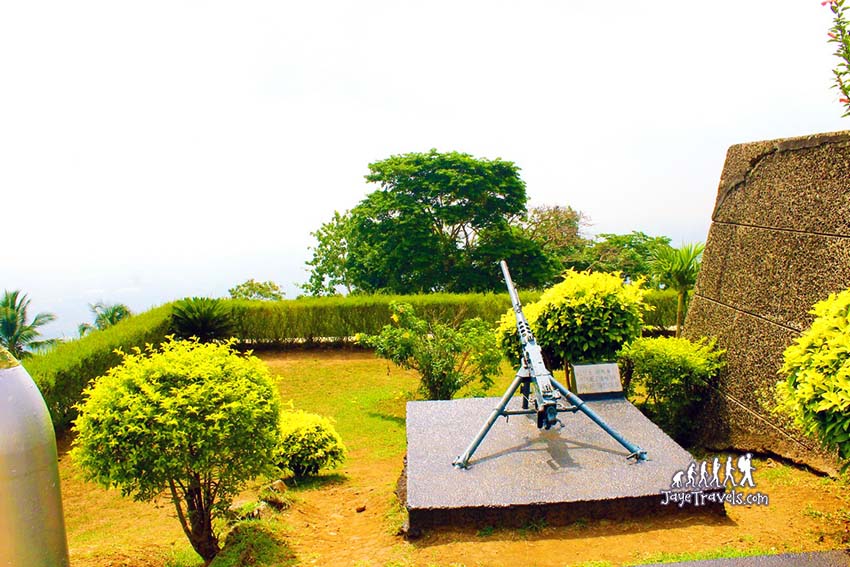 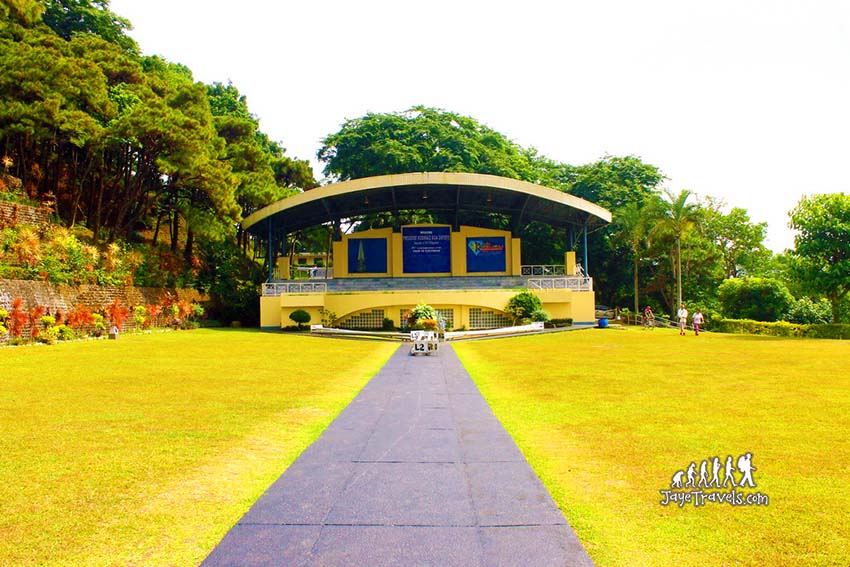 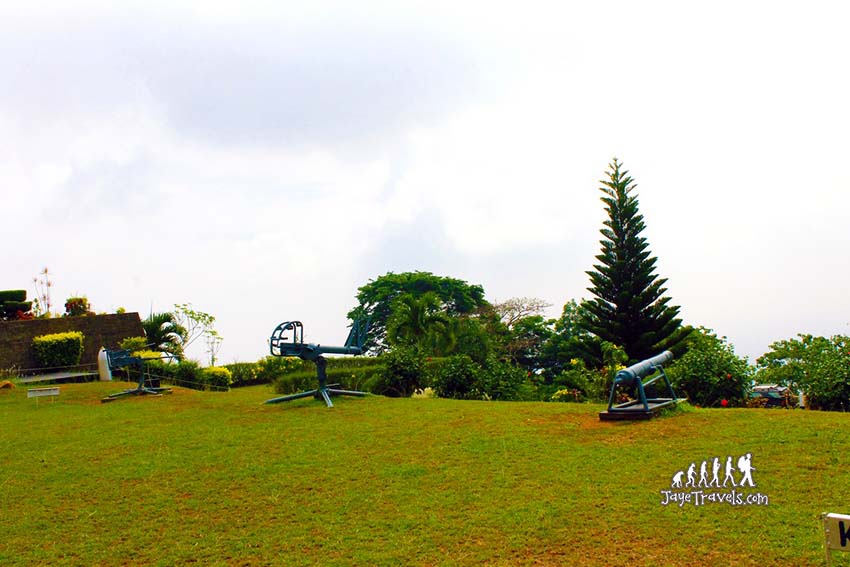 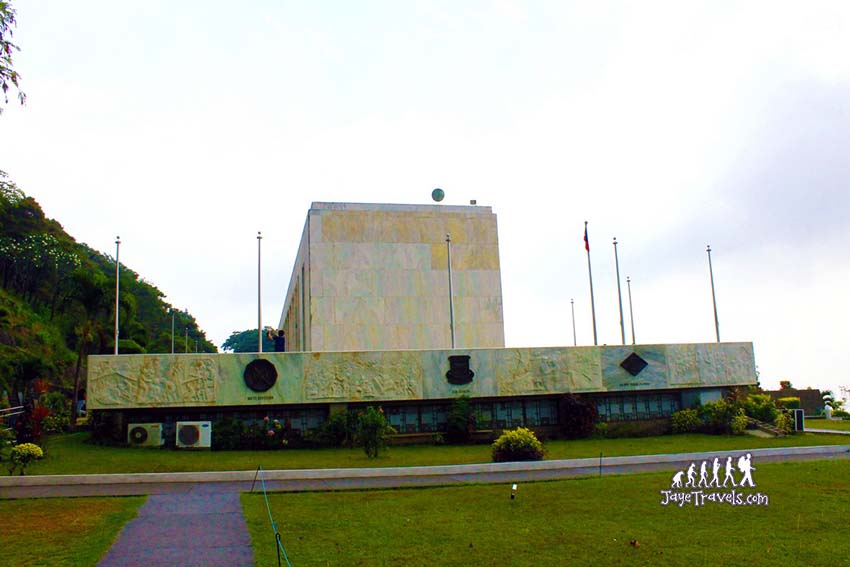 Why Is There A Giant Cross?

Considered to be the second largest cross in the world, it was quite an accomplishment to see it and feel the marble it is made of. The giant cross in Mount Samat National Shrine has carvings of significant historical figures.

The white Memorial Cross stands as a remembrance of the soldiers who fought and lost their lives in the Battle of Bataan. Too bad the elevator was not working the day I got there. According to a fellow traveler, you can see the panoramic view of Bataan up there.

Instead, I enjoyed the view from where I stood and it was a breathtaking sight of the Bataan Mt Samat. According to some locals, you can see Corregidor Island and Manila on a clear day. It wasn’t clear when we got there, unfortunately. 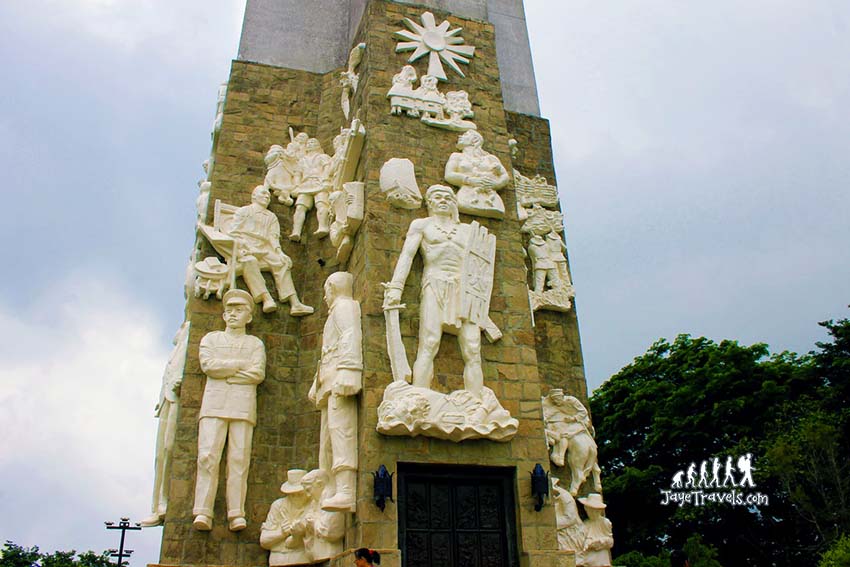 The experience of seeing the War Museum in the distance was awesome. Then I was informed that it is located below the building (Underground Museum). So I started my way back at the foot of the place to visit the museum and to learn more about World War II.

The exhibit brought me goose bumps since it was my first time to see the actual armaments used during World War II and I could feel the pain and sufferings of our gallant Filipino soldiers who risked their lives during the defense of the last stronghold of the Filipino-American forces against the Japanese Imperial Army. 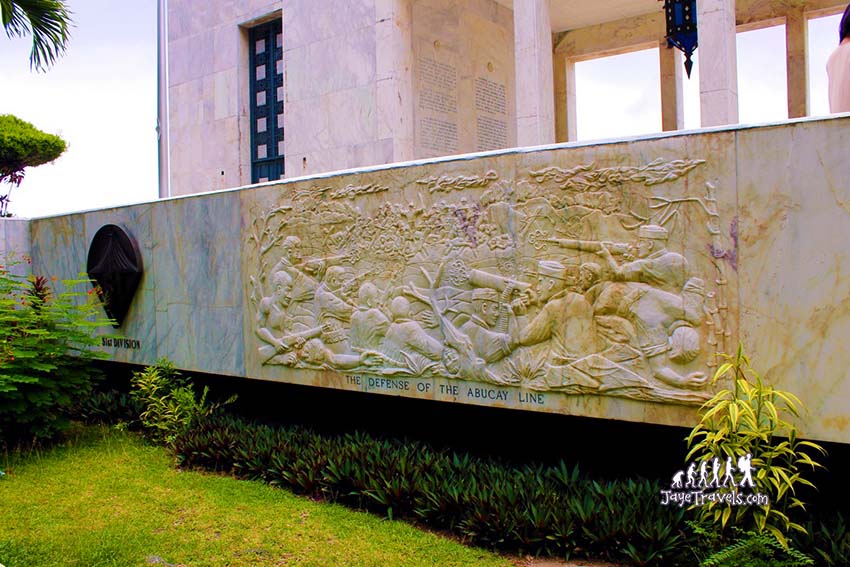 The overview of Bataan Peninsula gave me an idea of the different armed forces as they strengthened with their allies in the different bays. As the Filipino and American soldiers held their last stand, the agony of the Bataan Death March was looming along the way.

Peace In Our Time

This is the kind of trip that touches the heart. Sometimes, people get too preoccupied with political turmoil and struggle.

They tend to take for granted how lucky Filipinos are. I think it is because, during the Japanese occupation, brave soldiers gave their lives to achieve what the Philippines enjoy now. 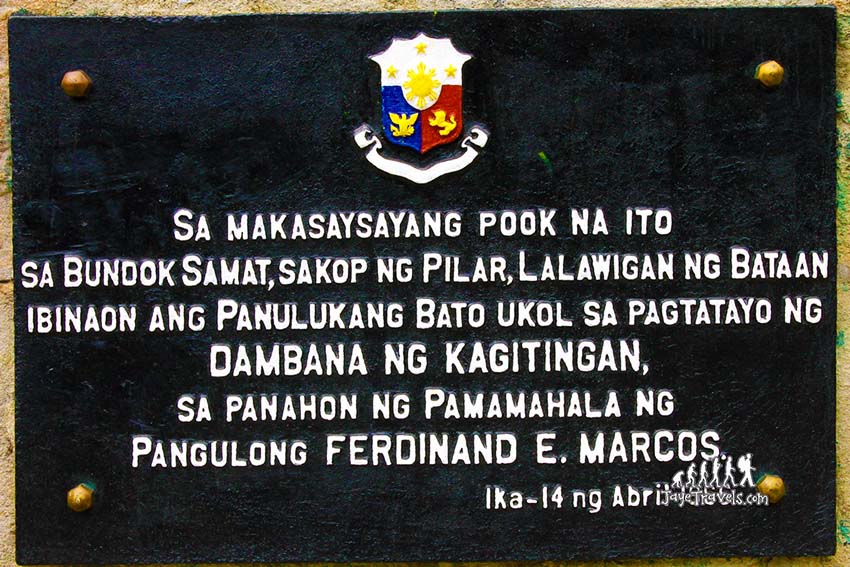 Danny Kaye, an American actor once said, “To travel is to take a journey into yourself.” Indeed, with the numerous trips I have made over the past years, I have learned more about myself rather than learning about people and places.

If you finish your tour at Mount Samat National Shrine early, another nearby place worth visiting is the Pawikan Conservation Center.

The Mount Samat in Bataan is open every day, from 8:00 AM to 5:00 PM. Weekends are always full of people, as expected. The Mt Samat Entrance Fee is about 30.00php. 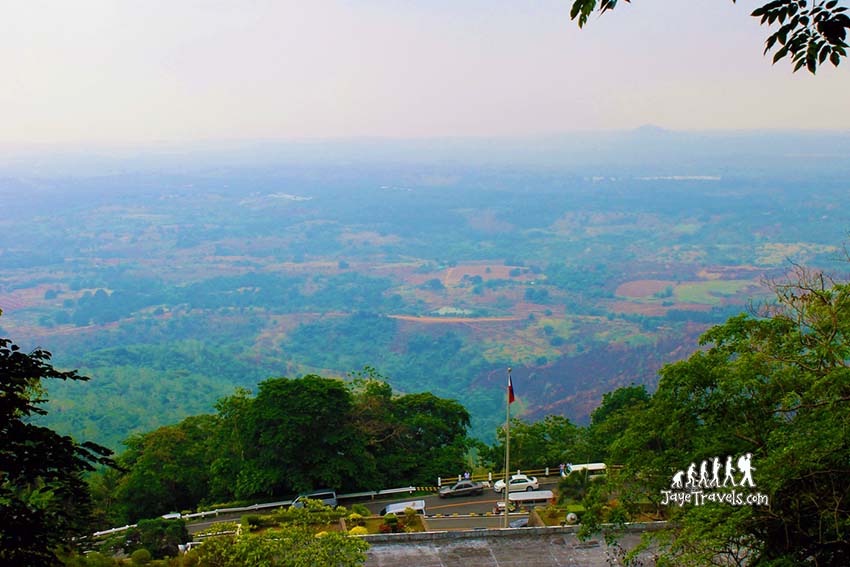