Are you visiting different churches in the Philippines? Well if you’re passing by the historical City of Malolos in Bulacan, best to pass by the Malolos Cathedral.

Passing By The Malolos Cathedral

We all know that Malolos Bulacan is famous for the Barasoain Church. But there are other prominent churches in the province too. Like the Malolos Cathedral, also known as Basilica Minore dela Immaculada Concepcion, which is very popular for its historical sights and cultural belief.

Pope John Paul II declared ” The Malolos Cathedral”, its official name on Dec. 4, 1999, in commemoration of the people of Bulacan and their love for Virgin Mary.

The church was burned down and reconstructed repeatedly a hundred years ago. Now, the Malolos Cathedral serves the needs of the faithful citizens around town and an instrument to deliver God’s Grace. Now considered as the ecclesiastical seat of the Diocese of Malolos, The Malolos Cathedral is the heart of the town proper of Malolos.

A giant cross will greet you at the front of the church.

At the right side of the church, a tower with bells on it can be seen.

Inside the church, figures of different saints are positioned everywhere. You will also find the usual nooks and crannies of churches in the Philippines.

On the left side of the church, there are sacred displays of commemorating the Virgin Mary, the Nuestra Señora Del Carmen and the Santo Entierro of the Catholics.

As I go further inside, there is an Adoration Chapel for praying, imploring and for the faithful. Inside the Adoration Chapel, taking pictures is not allowed. I learned that the “got reprimanded” way, so I just passed by to pray and thank Him.

How To Get There (Malolos Bulacan)

To visit this remarkable piece of history, just go north of Metro Manila via the NLEX headed northbound, then turn to Tabang Exit, then to the Malolos Junction headed to the Malolos City proper. The municipal hall of Malolos is your landmark.

You can check out Mass Schedules for the Malolos Cathedral here.

That pretty much sums up my stopover to the Malolos Cathedral. When visiting, be sure to give respect to the church and ask permission whenever taking a picture. If you have the chance to explore the church even more, tell Mang Herbert I said “Hi!”.

Also, you can drop by the Barasoain Church, just 5 minutes away from the Malolos Cathedral, or go a few extra kilometers to Lolomboy, Bocaue Bulacan, and visit the Korean Temple of St. Andrew Kim Tae-Gon. 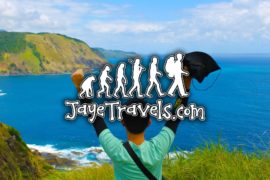 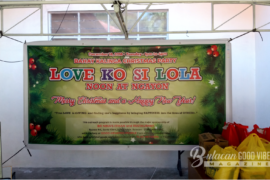 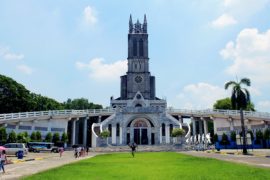